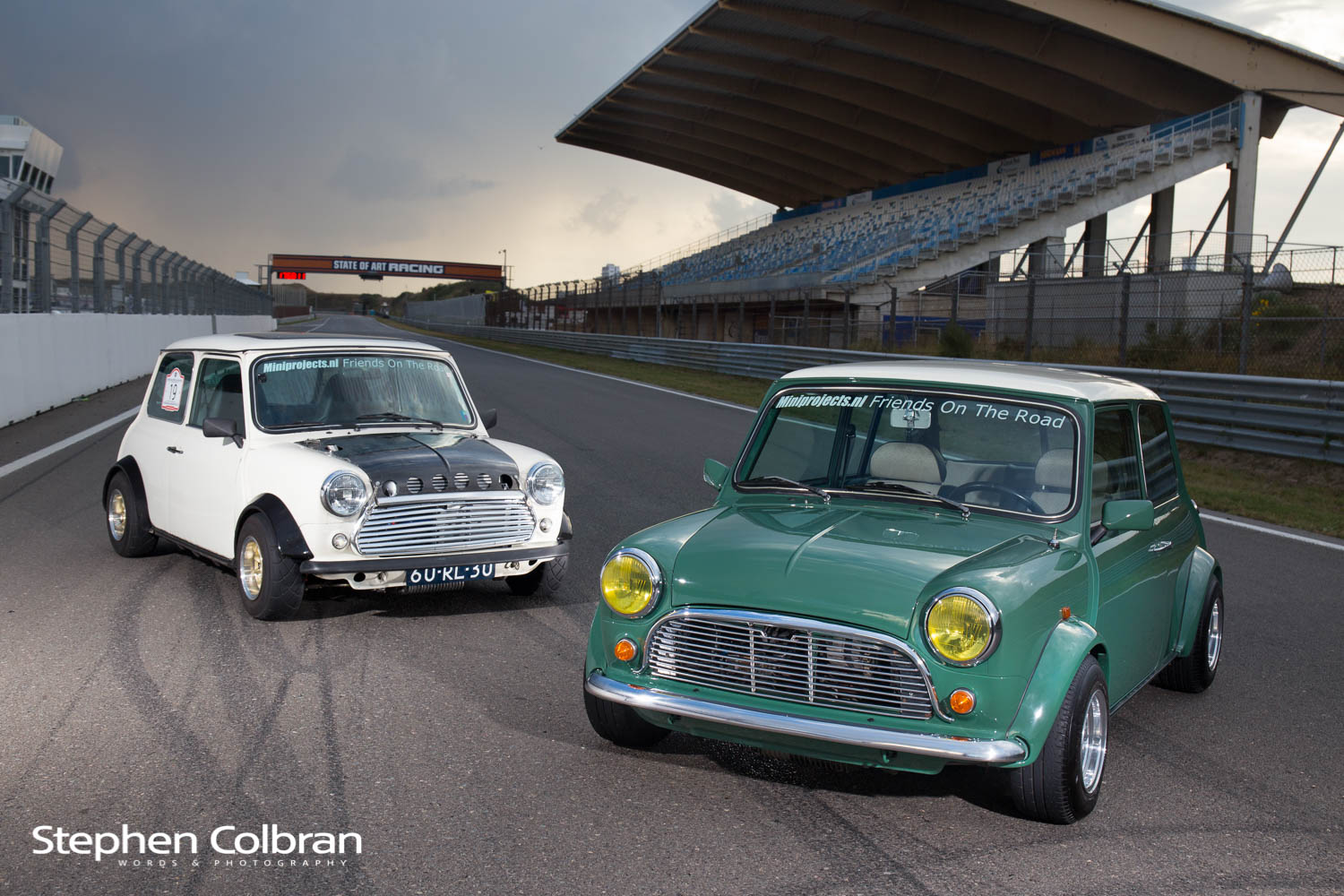 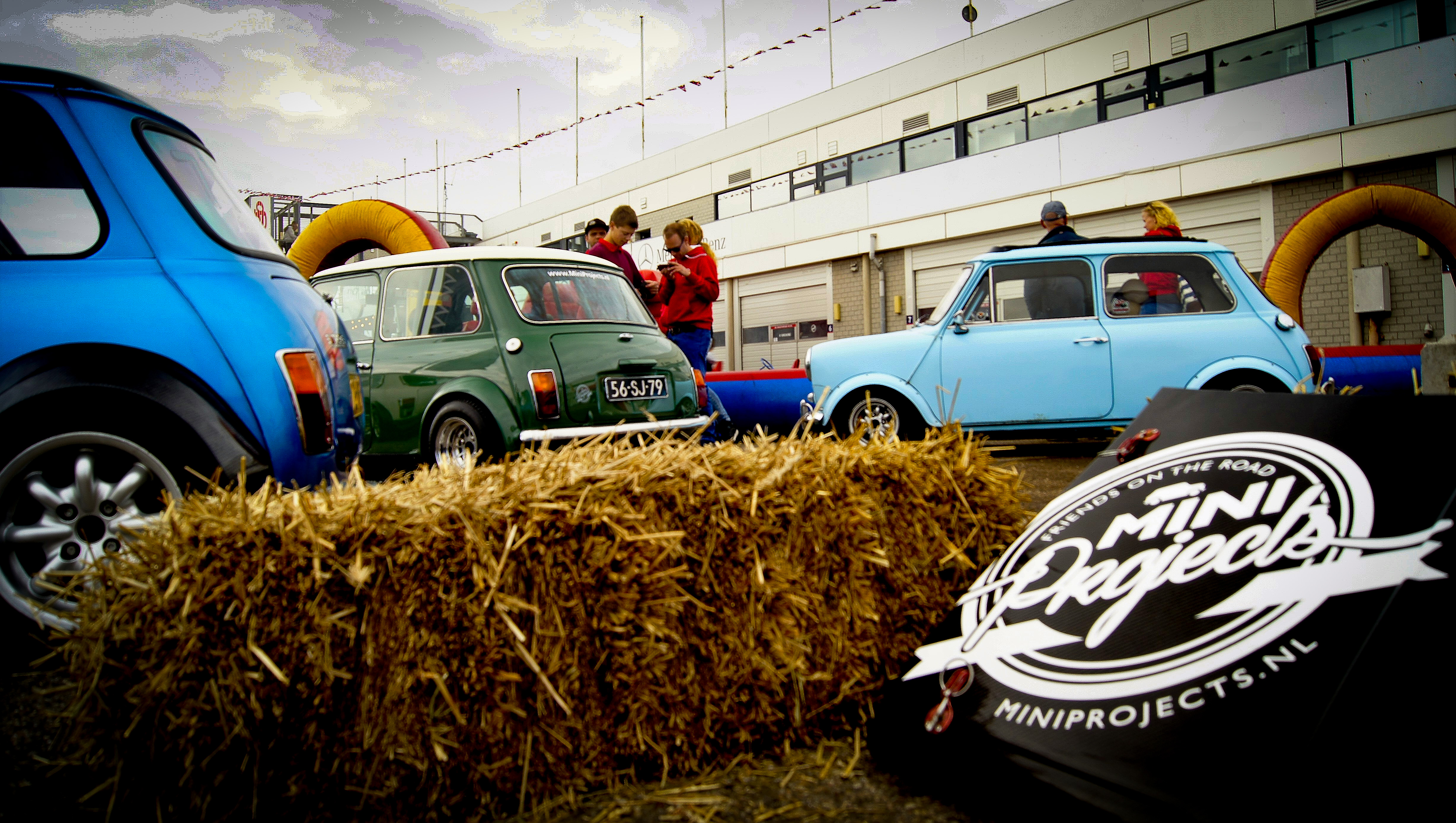 MiniProjects is all about the shared love for the Classic Mini by a group of friends. Originated as a hobby from father to sons… The Linting family started to buy Mini’s and the first restaurations took place.
The hobby escalated quickly and seemed to work as a strong motivation for friends around who often came by to work on their Minis. After starting in Den Helder (North-West area in The Netherlands) the Linting family moved to Broek op Langedijk (close to Alkmaar) and the workshop got more and more professional by the years.
…Must have something to do with the boys growing up and Erno working as a mechanic. Lots of hours were spend in that workshop and the famous old Garage Webcam was working overtime. The viewers became friends and the virus was spreading all over the Netherlands.
Growing up means getting your own place and your own workshop if you’re lucky! Nowadays the Members and the Projects are spread over Broek op Langedijk, Zuid Scharwoude, Sint Pancras, Oude Niedorp, Heerhugowaard, Aalsmeer and Ter Aar.
The core of the MiniProjects is still the Linting family with father Jack and sons Erno, Roland and Niek the rest are all close friends and relatives sharing the same love for the Classic Mini. With wives and kids the number of members is now 20+.
We try to do a few events each year with as much members as possible. This results in groups of various Mini’s travelling to Hungary, French, Swiss, UK or wherever the journey brings us.
After doing lots of trackdays in various Mini’s with various engine setups the racing virus inspired some of the members to start building Mini’s for more serious racing purposes. Erno’s V-Tech Mini became famous for not braking down and being pretty damn fast! Roland’s “Wolf” was famous for braking down (and being fast to!)
And Taeke soon will be participating the BCT series in Germany.
Lots of info on our Mini’s can be found on this website. You can also follow our projects, events, videos and pictures from our journeys. Want to follow us on social media? Check out our Facebook/Instagram/Twitter accounts

After a few years with only members of our MiniProjects group, we decided to spread the word and invite more “friends of friends” to join our annual Dynoday. Jorinde designed a nice flyer and the event was born! 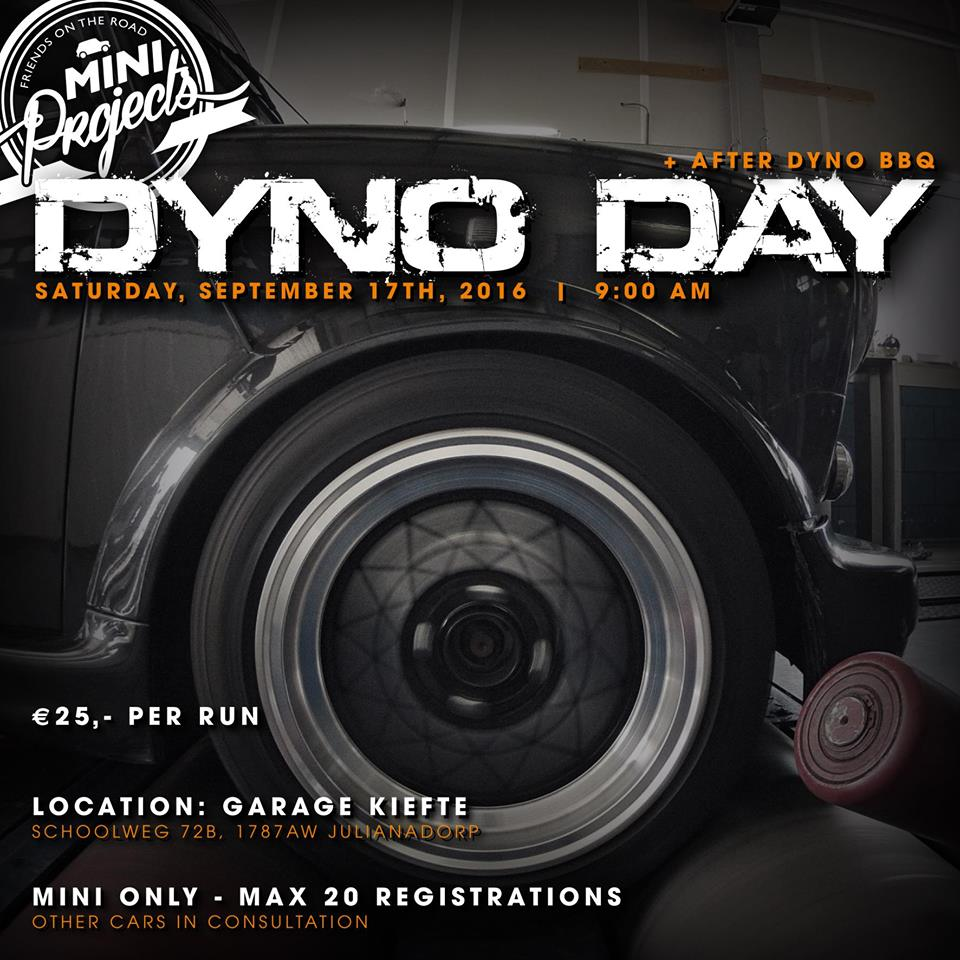 Friends with crazy cars often have friends with even more crazy cars. So we had a good mixed group of cars entering the Dynoday. Lots of different A-series from 998 stage 1 to crazy Turbo’d or 7-ported head and some bastard engines like Swift GTi 16v and V-Tec B18C6. Apparently the weather was great and we could share our thoughts on all cars and discuss the steps to improve.